Pushing for Rent Control in Arizona

Many cities are looking at rent control as a viable solution to the obscene cost of living and the growing wealth gap that is tormenting working-class people across the United States. Even Tucsonans are seeing rents rise all over the Old Pueblo. Up to a criminal 50% in some cases. Stories circulate of people being displaced and it’s evident on the streets. Homeless camps are emerging and spreading like wildfire.  The blatant lack of affordable housing is increasing the state’s homeless population and leaving countless unsure of how they will make ends meet in the next months. 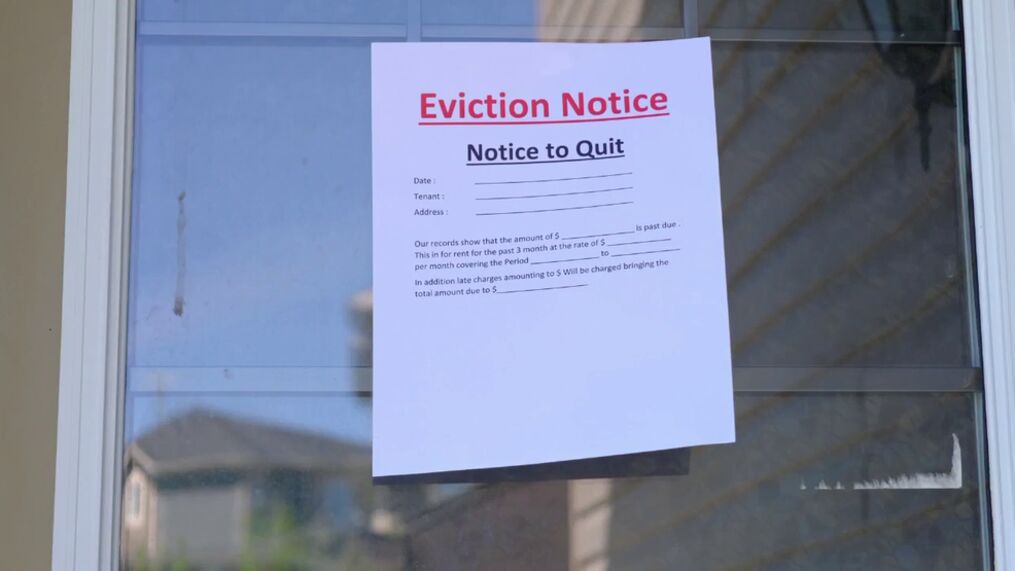 Many Arizona politicians and real-estate experts are against policies like rent control on the basis that the crisis is due to local land-use policies and housing shortages. In their eyes, proclaimed “wealth guru” Kevin Easterly, who aims at making $100,000 a month, even if it’s at the cost of senior citizens’ fixed income, is not really the problem. Neither are other out-of-town investors who are hiking up prices and kicking out tenants who can’t pay. Judy Lowe, vice president of operations for the Tucson Association of Realtors, said Tucson is “still a lucrative market for investors“. This comes from a recently published article in the Arizona Daily Star discussing the current cutthroat home prices in the city.  Lowe goes on to say “There’s quite a bit of cash coming in from people liquidating homes“. Even if Tucson accelerates its housing supply to accommodate a growing economy and population, it will not guarantee stable affordability if existing and new rental homes fall into the hands of a for-profit market whose driving motive is maximizing profits. Although it is not a single solution to the housing crisis, implementing rent control at the state level or at a city level can stop the price gouging of renters, who make up nearly half of Tucsonans.

Rent control policies are already in place in many states and cities in the United States, such as New York, California, Washington, and Oregon. Economists argue it curtails the housing supply and is ineffective in the long term, but several studies have shown otherwise. Most importantly, research suggests it’s working as a vital lifeline for many struggling tenants facing income insecurity and exorbitant costs of living. A new study by Columbia Business School Professor Stijn Van Nieuwerburgh focused on New York City and found rent-controlled housing led to more affordable housing and increased social well-being.

A press release on the study states:

“The new research debunks conventional economic wisdom, finding evidence that rent control does not lead to an overall decline in the quantity of housing. The research also finds that the overall positive impact of rent control – reducing inequality and providing a source of stability for households who face a decline in income – more than compensates for any loss in market efficiency – due to higher housing and labor market distortions”….. Economists typically have taken a narrow view towards rent control, preferring other options like vouchers for low-income and rent-burdened residents because they cause less distortion to the housing market. But we’ve found that expansion of rent control in major cities provides real benefits. Better targeting of rent controlled housing units towards the lowest-income households can amplify these benefits.”

Another recent study by UC Berkeley researchers found that “the six cities that had rent control in the Bay Area actually produced more housing units per capita than cities without rent control.”

“…numerous empirical studies, as well as housing production trends in cities with rent control, show no negative effect on housing production, often finding that other local conditions and market cycles have a greater influence on supply.111 112  The three largest Bay Area cities with rent control (San Francisco, San Jose, and Oakland) have only 27 percent of the region’s housing but according to the U.S. Census Bureau those cities have built 43 percent of the Bay Area’s new multifamily rental units in buildings with five or more units since 2000. Similarly, the City of Los Angeles, with 42 percent of the housing in Los Angeles County, has built 62 percent of new multifamily rentals since 2000.113  Other concerns, such as the potential loss of rental units due to condominium conversions, can be addressed through ordinances regulating condominium conversions, which nearly all California cities with rent control employ. Nonetheless, landlords may be able to take advantage of other loopholes, which should be addressed through additional changes in state law. On the other hand, rent control may involve tradeoffs, which require California to make an intentional choice about its priorities. While data suggests that it is not associated with a decline in property values,114  the Legislative Analyst’s Office notes that under strong rent control systems, tax revenue from residential rental property will rise more slowly.115  But inflicting enormous hardship on tenants, driving millions into poverty, and tens of thousands into homelessness, is too high a price to pay for generating more tax revenue. California has better options for raising the revenue we need for state and local government. Rent control’s benefits, both to renters and to the state as a whole, far outweigh the costs.

Rent control can provide quick and effective relief to people all over the city who are feeling the pressure of rising rents, especially when it’s consuming so much of people’s income. According to RentCafe.com, in South Tucson, the average rent is $1074 for a 774 square foot apartment. Compare this to the average income of $24,967 and a poverty rate of 43.7% based on 2019 US data. Since the pandemic, the unemployment and poverty rate has not stopped climbing. Neither have rents according to ApartmentList.com. The History and Stigma of Rent Control

So why are some people so firmly opposed to rent control? The stigma surrounding rent control is a combination of historical, but outdated evidence and perpetuated myths created by real estate lobbies. Old research based on primitive rent control laws has led economists to create sweeping generalizations over rent control policies, even though studies, as seen above, say different. An article summarizes the history of rent control as followed:

Rent stabilization is the latest version of rent control that is less strict than its predecessors and has typically allowed landlords to increase rents on properties year by year, but never to the extent we see in today’s burdening housing crisis. It’s a growing issue that’s pushing Pima county and city officials to the edge. Even after Arizona received an estimated $787 million of federal aid to cover housing expenses, with about $102 million going to Pima County, and more expected, people cannot find the resources to stay in their homes. A  dashboard in the Tucson Pima Eviction Program website shows that over 36,397 eviction prevention requests have been submitted. Former Pima County constable Kristin Randall in her recent resignation letter to the Board of Supervisors said: “At this point, it’s just becoming these inevitable evictions where I have pretty much zero ability to help mitigate it for people. It’s a good time for me to go and find something where I feel like I’m actually helping people because I don’t feel like I’m helping people right now.”  Pima County Supervisor Matt Heinz also says landlords have been finding loopholes in the CDC moratorium. With landlords unable to evict tenants for nonpayment of rent due to the pandemic, Heinz said landlords are citing people for “material breach of contract.” This is not only incredibly inhumane; it’s a way to create profit. As soon as tenants are out, landlords take the opportunity to hike up rents.

Rent control and other tenant protections, such as a strong “just cause for eviction” bill can stop landlords who will readily place enriching their wallets over people and public health. It can also relieve governments that have been strained by massive eviction cases and homelessness. Rent control is cost-effective and brings immediate results, while other housing programs suck up financial resources and time.

We Need a Movement

Rent control is currently illegal in Arizona based on ARS Title 33. Property § 33-1329, but that doesn’t mean we can’t change the law. Oregon and Seattle are both examples where recent rent control laws have been able to overturn old bans on rent control. Real estate speculators, corporate developers, and big landlords will continue to take advantage of low-income and working-class people if we do not organize and build a strong movement to counter the ideas and policies they push. Rent control is only one aspect of a multifaceted and comprehensive approach needed to tackle the housing crisis created by a for-profit market that places people over profit. This approach must also include a wider net of tenant protections and strong enforcement by governments. We need to tax the rich and big businesses (like Amazon) in order to fund the expansion of social housing. Our current housing crisis shines a light on the ever-growing wealth gap that dictates who has the right to security and opportunity and who doesn’t. Society has turned its back on the most vulnerable members of our community and stripped them of their right to a home, something every human needs and deserves unconditionally. We need to envision a future where we thrive together. Where everyone has a home that no one can take away from them. And where society is organized to address the interests of working and poor people and the planet over the rich. 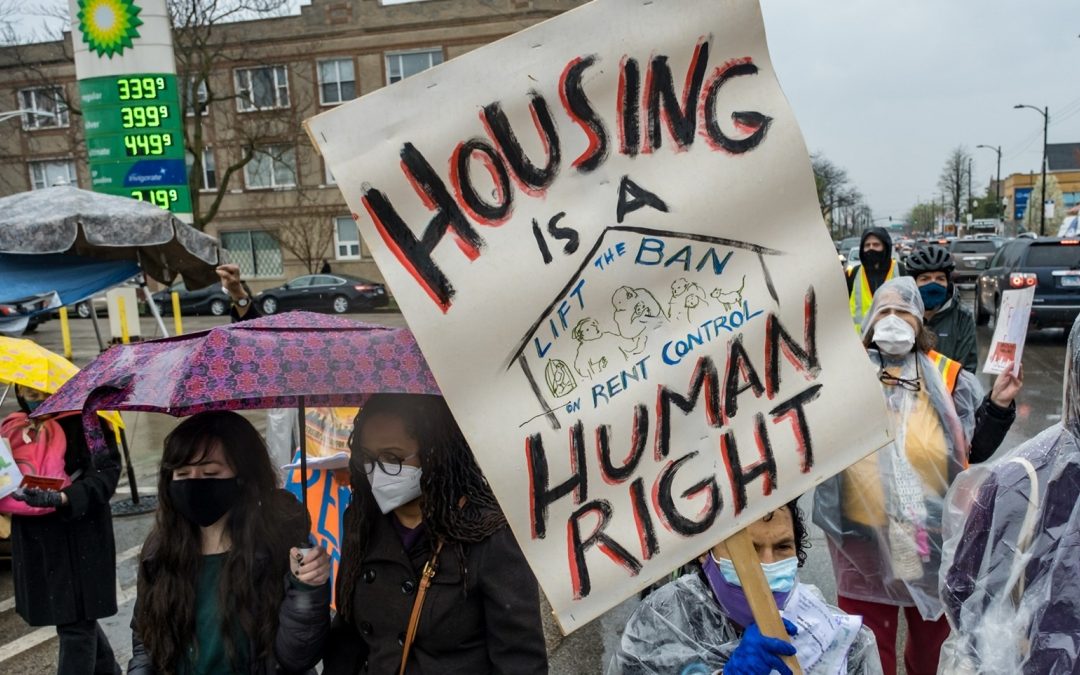